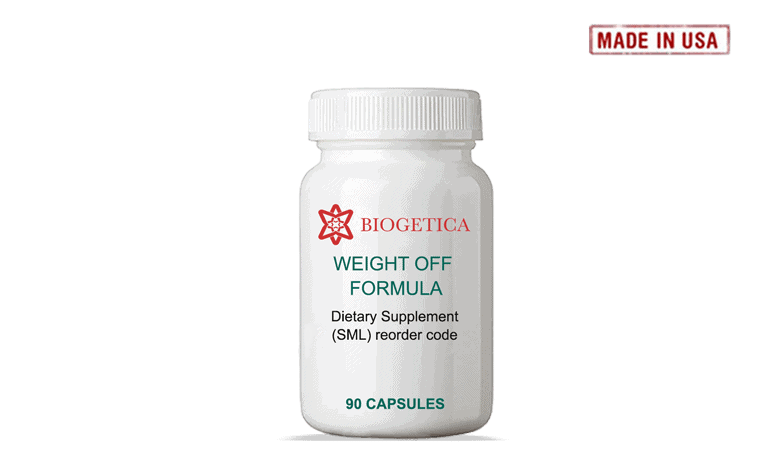 Weight OFF RIG Formula is believed to be a safe and natural weight loss supplement. The ingredients do not act as a stimulant, but instead promote a healthy weight loss. It is traditionally believed to: Increase metabolism Promote weight loss...Read More

Weight OFF RIG Formula is believed to be a safe and natural weight loss supplement. The ingredients do not act as a stimulant, but instead promote a healthy weight loss. It is traditionally believed to:

Glycoproteins of the mango seeds are believed to inhibit hydrolase enzymes which may explain its blood sugar lowering effect.

Alpha-amylase inhibitors are believed to slow digestion and break down of starch, reducing blood sugar levels and insulin resistance.

PPAR gamma gene is known to contribute to obesity.

Adiponectin is shown to be anti-atherogenic, anti-diabetic and anti-inflammatory.5

Raspberry ketones, a phenolic compound found in red raspberries, are similar in structure to other known anti-obesity compounds, capsaicin and synephrine. In a 2005 in vivo study mice were fed a high fat diet and given RK. RK prevented elevations in weights of liver and visceral adipose tissues. Norepinephrine lipolysis was also increased compared to controls. 7 The study suggests that RK can be used to prevent and improve obesity and fatty liver disease.

A more recent in vitro study of adipocytes sought to determine the mechanism of action of raspberry ketones. RK was found to increase the expression and secretion of adiponectin, increase fatty acid oxidation and suppress lipid accumulation in adipocytes.8

Dosage: As a nutritional supplement, two veggie caps daily, one cap with breakfast, and one cap 15 minutes before lunch or dinner.