Is there a cure for Herpes?

The question about whether viruses such as Herpes can be “cured” is a matter of great controversy. Allopathic doctors often believe that there is no real cure, because viral antibodies tend to stay dormant behind the blood-brain barrier for the patient’s entire lifetime. 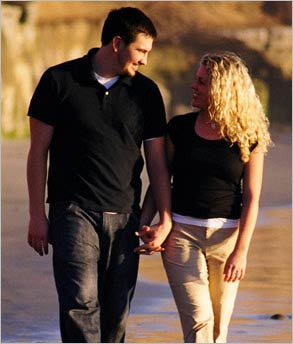 When your body is affected by a virus, the immune system creates “antibodies” to suppress the infection. Once created, the antibodies stay within the system, so that if you are re-infected with the virus, your body is capable of fighting it. For example, when you get chicken pox, your immune system makes anti-bodies for the chicken pox virus. So, the next time you are exposed to the virus, your body is capable of fighting and defeating the virus before it can manifest itself. Vaccination works on this principle.

Before HIV was discovered the presence of anti-bodies were understood and accepted as a powerful defence mechanism of the body. Once immunised or vaccinated the body would create anti-bodies and these were regarded as a sign of a good immune system. However the HIV virus was so advanced that it would disable the immune system that was meant to protect against it. This led to a complete change in parlance and anti-bodies went from being a positive thing to a negative one.

When Doctors use IgG and IGm anti-body detection as a test to see whether Herpes has left the body, they will still find anti-bodies, regardless of the actual viral count and state. Hence, it is not a very accurate means to check for the efficacy of a particular treatment method, especially if that treatment method relies on boosting the immune system. We recommend that everyone get the more accurate Herpes PCR DNA test which is now available. This test is more accurate as it looks for actual viral strains and not anti-bodies.

The principle of natural and homeopathic therapies is to strengthen, alert and coax the immune system to develop anti-bodies specific for the virus in question and to make the environment of the host inhospitable for the virus. This makes the body stronger and boosts immunity, reducing outbreaks and soothing the symptoms.

There are huge differences in the lives of someone who is having monthly outbreaks, and someone who has not had one in years or decades! We believe that the awareness of both Dr’s and patients needs to be pointed in this direction to help them qualify the differences in the quality of life posed by the two examples above. What matters to our Doctors and customers most, is the quality of life experienced by a person.