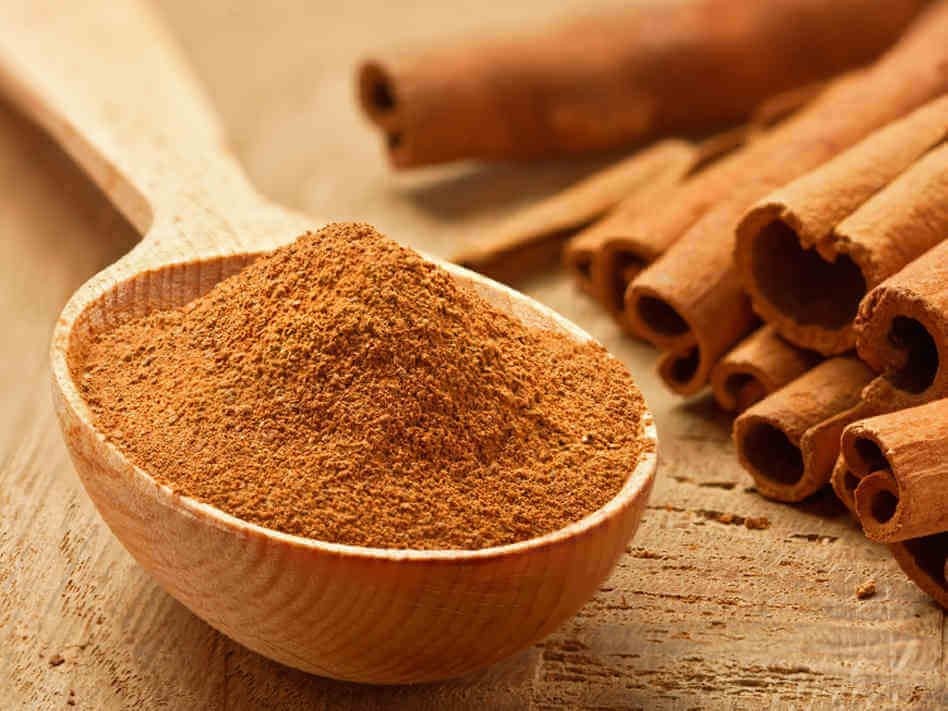 If you’re looking to remain healthy and not resorting to chemicals to achieve that, then your best shot is including cinnamon in your daily diet.

Yes! Cinnamon, that innocuous looking spice sitting in your kitchen cabinet in form of sticks or powder is your perfect ally in accomplishing your health goals.

Cinnamon belongs to the laurel family and there are over 200 different species belonging to the genus Cinnamomum. However, only 4 varieties have made it to the commercial arena with Cassia Cinnamon and Ceylon Cinnamon being the most popular.

Of the 2 varieties, Ceylon Cinnamon is called ‘True cinnamon’ and is considered more healthy, since it  has lesser of the coumarin content, which is believed to have detrimental effects on the body if consumed in excess. It is also more expensive and that is one of the reasons you’ll find more of the cassia variety in the market, as it is easily available, cheaper, and spicier. However, it also contains more of coumarin.

Cinnamon’s main active constituents that also impart the health benefiting properties are cinnamaldehyde, cinnamyl acetate, and cinnamyl alcohol. It is also known to be a good source of iron, calcium, manganese, zinc and fiber.

Cinnamon has a distinct sweet, spicy taste and a delicious aroma. It is widely used as a condiment and flavouring material in several cuisines. It is used to flavour dessert recipes, coffee, hot tea, chocolates, pickles, chutneys, liquors, etc.

Cinnamon has been used in traditional medicine for thousands of years. Ancient Egyptians used cinnamon as an embalming agent. In ayurvedic literature cinnamon is considered a warm herb and is believed to enhance the bioavailability of other ingredients. Cinnamon is traditionally believed to improve digestion, absorption and metabolism. It potentially eases evacuation of toxins and improves circulation by strengthening the heart and warming the kidneys.  The coumarin content found in cinnamon has a blood thinning effect and may be beneficial in cardiac issues. Additionally, ayurveda recommends cinnamon for respiratory concerns since anecdotal evidence suggests that it has expectorating and decongesting properties. The other vital health benefits that Cinnamon is famous for are:

Several clinical studies have been conducted to identify the therapeutic potential of cinnamon. Researchers have concluded that the health benefits of cinnamon are attributed to its special phenolic compounds, flavonoids, and antioxidant constituents. These compounds make cinnamon one of the most productive spices on earth and many In vitro and In vivo studies have now suggested that cinnamon has anti-inflammatory, antimicrobial, antioxidant, antitumor, cardiovascular, cholesterol-lowering, and immunomodulatory effects. 1

Some of the conditions that Cinnamon improved in clinical trials include:

Diabetes: Clinical results indicated that daily cinnamon consumption for 40 days resulted in reducing serum glucose, triglyceride, LDL cholesterol, and total cholesterol in people with type 2 diabetes. Another study showed that cinnamon potentially reduced insulin resistance, helping this hormone regulate sugar levels in the blood. This also highlights that cinnamon may help reduce lipids levels in the body and may be beneficial in weight loss regimens. [2, 3]

Respiratory Infections: Cinnamon is traditionally believed to possess immune boosting properties and an In vitro investigation showed that cinnamaldehyde found in cinnamon possesses potent fungitoxic properties that may prove beneficial in respiratory disorders. 7

In fact results from another study indicated that cinnamaldehyde was equally effective in inhibiting the growth of various isolates of bacteria and dermatophytes. Thus, suggesting that cinnamon possesses broad-spectrum antibiotic activities. 8

Ongoing research keeps on validating the many therapeutic properties of Cinnamon that ancient populations instinctively knew and applied.

Biogetica is proud to declare that it has always championed the cause of nature and truly believes that only Nature has all the answers for the myriad of health problems we see ourselves facing today. In a bid to provide protocols that may have a significant health impact, Biogetica amalgamates the best ingredients into an easy to use kit. We have Cinnamon as a core ingredient in several of our protocols related to immunity, skin, nerves, liver, brain etc.  To know more about our health protocols, precedent-setting kits or for any health related concerns; please consult our experts at www.biogetica.com now!